Manifesto for The Social Economy Showcase – The power of participation 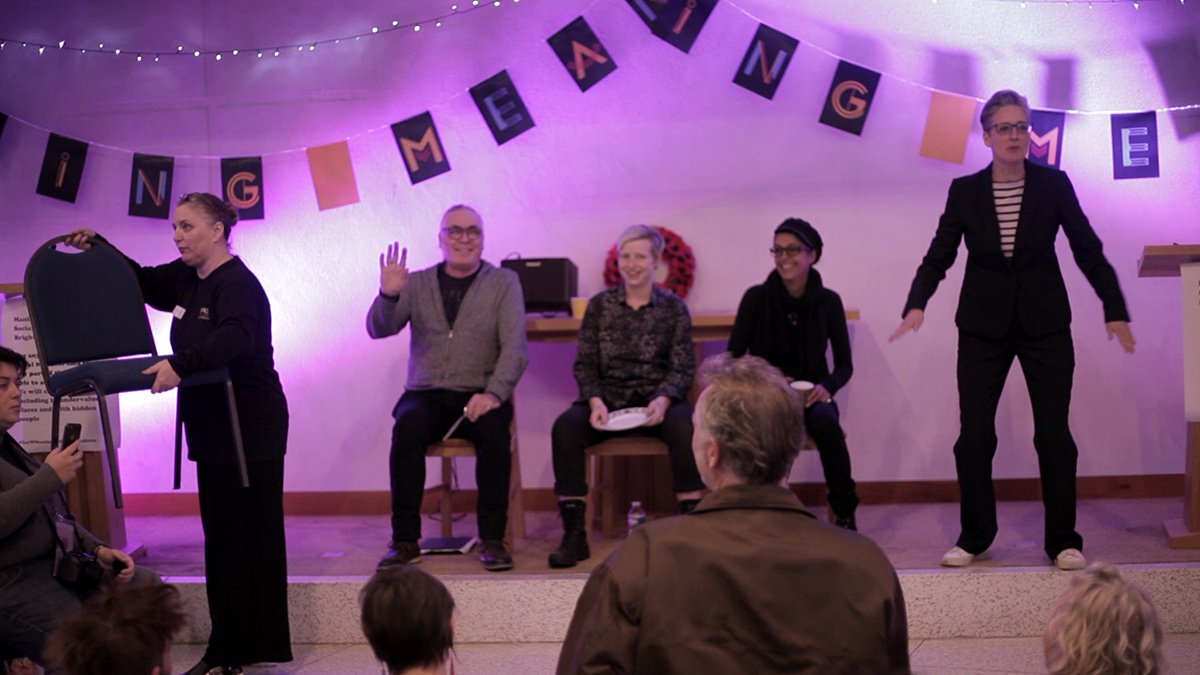 UnLtd https://www.unltd.org.uk/ fund social entrepreneurs and in Brighton are running a programme called resilient communities encouraging  individuals starting in businesses in several areas of the city. They fund me as an individual and their generous support contributed to the success of our tour The Washing Up. It also means I have an office space and a computer that actually works! They asked Chris De Banks of We are Not Saints and us to create and deliver an event as part of Meaning Fringe https://meaningconference.co.uk/fringe to showcase some of the successful social enterprises in the city and to get people thinking about what being a successful social entrepreneur really means.  This blog post isn’t really about that though, it’s about the power of participation and a reminder that when facilitated creatively and inclusively people enjoy contributing and being part of something larger than themselves if they feel safe and not put on the spot!

For two weeks the small performance adventures team, made up of Kate McCoy, Nou Ra, Jax Burley, Ronan Bodley and John Everett worked to create a series of performance provocations to get an audience to identify what makes a successful social entrepreneur and what internal and external factors might hinder their success. The team has previously worked together on several projects so were already bonded and ready to create a series of characters from an “alternative Brighton” where they were all about to set up a social enterprise creating and selling a Big Issue style magazine. The process was supported by a series of interviews with social entrepreneurs and organisations that support them, so our characters were based in the reality of people’s experience.

So we had one very confident character with a messianic zeal to change the world, one character who was very detail orientated, down to having decided what paper the magazine would be printed on and a third who struggled with the confidence to be heard in rooms full of middle class white people. We loved how our audience responded, hands went up very quickly offering feedback and advice to the characters including a heartfelt plea to look after their own mental health. We had placed lots of small details in our characters which fortunately they picked up on. My favourite moment was a piece of feedback from an audience member who noticed that only one of the characters described “what we are doing” rather than “what I am doing”. They then said that this really helped to make it feel inclusive and larger than one individual and that in the future that is how they would describe their business to others, talking about we not I.

Finally, we are grateful that the audience sat on the floor to be part of something with us for nearly an hour.